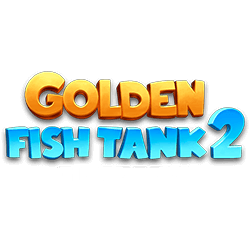 It’s almost impossible not to love just about everything Yggdrasil creates. New from the award-winning studio right now is the long-awaited sequel to the super-popular 2016 release, Golden Fish Tank.

The game area is 6 reels large and with paylines numbering between 25 and 40. The top Jackpot of 5,000x the bet is going to be a drawcard for many a player looking to bank big wins from the latest release by the popular online casino games studio.

Since Golden Fish Tank 2 Gigablox is a fairly volatile slot, there’ll be something for the big spenders as well as the casual player.

Those familiar with Yggdrasil’s Gigablox mechanic will know to expect Mega symbols as part of the features lineup. These can grow as big as 2×2 and 4×4 during the basegame, and as humungous as up to 6×6 symbols large once the Free Games feature has been activated.

There’s also a Wild symbol that forms part of the high-paying symbols. This means it won’t just act as a substituting symbol, but also as a money-maker in its own right when grouped together on a payline.

The Treasure Chest Scatter is an interesting symbol. This is because unlike the usual rule with free games and other bonus features, only a single Scatter is required to trigger the Free Spins feature. The only requirement here is that the Treasure Chest must land on reel 5 for qualifying as a Scatter.