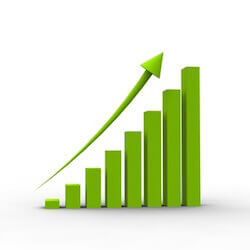 Online Gaming Revenues Up In Many Countries

Despite various regulatory challenges and government indecision, Portugal has shown what a boon legal and well managed online gambling can be for the state. They reported this week that the gaming revenue figures for 2017 had come in and the industry is booming.

SRIJ, the Portuguese gambling regulator announced that €122.6 million had been generated from the 2017 online gaming activity in Portugal. What made these figures additionally notable was the fact that this is the first, full year revenue stream generated in online gambling in the country.

Not only did the year finish strong, but there was a clear trend that the revenues were growing and growing month on month. The state is hopeful that this could only be the tip of the ice berg as more and more people realise the safety and convenience of online gaming.

Sports betting was responsible for more than half the revenue generated. This was followed by Slots, Poker, Roulette, Blackjack and finally Tournament Poker. In a similar way to what is happening in the US with interstate gambling, Portugal, France and Spain have all signed compact agreements which will see the three countries share their Poker player liquidity, creating a larger , more secure and stable online gambling network of Poker players.

Speaking of America, one of the innovator states of the Poker player compact, New Jersey has reported solid financials year again for 2017. The state has been leading the fight for legal online gambling in the US and they have so far won almost each battle they faced in court.

Land based revenues dropped from $185 million to $162 million. Slots till was responsible for the lost revenue generated. Overall January saw an almost 10% drop in revenues compared to the same period last year.