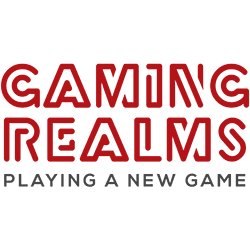 Gaming Realms has seen its share price drop by more than 10% after it publicly announced a double-digit drop in revenue. The mobile games developer and operator managed to bring in £6.8 million in like-for-like business in the last six months leading up to June of this year, which is a drop by 11% as compared to that of 2017. Overall group revenue has fallen by 27% to £11 million, while loss before tax has been narrowed down to £2.9 million from a previous £4.6 million.

Revenue for the developer dropped not long after they shifted toward a licensing model, with real-money and licensing income from its business rising 28% in the period. In the weeks since the period came to an end, revenue has increased by a total of 88% as compared to 2017, with the operator being supported with its current agreements to provide Slingo Originals to Golden Nugget Casino, as well as GVC and 888.

The company has also explained that its improved earnings were primarily due to cost synergy execution, and the focus on a new marketing strategy within the period. Marking expenditure was 28% of their revenue during the first half of last year, but was slashed by £3.6 million during this year’s period.

The operator’s revenue was boosted by the selling of its affiliate marketing business to First Leads, as well as a majority stake in its B2C brands in the River UK casino.