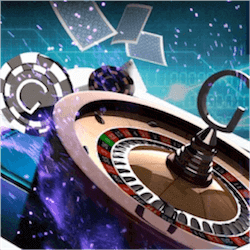 The UK Gambling Commission issued a massive fine this week to operator Gala Interactive. The £2.3 million fine was as a result of Gala failing to protect two problem gamblers who as a result ended up in jail. The unnamed individuals eventually resorted to crime to fund their addiction and the UKGC found that negligence on the part of Gala played a large role.

Problem gambling is a serious issue that all operators in regulated jurisdictions take very seriously. Unfortunately in this case, the operators failed to act appropriately and protect these vulnerable individuals. The case came to light following an investigation stemming from the arrest of these two players. They lost over £1 million pounds at Gala with no red flags being raised internally. One of the two eventually resorted to stealing from their employer while the second player stole property. The theft eventually led to the arrest and sentencing of both individuals.

Gala, to their credit, took responsibility and agreed to pay the £2.3 million fine, with £1 million of that being dedicated to problem gambling research. In the investigation it was found that there were no written policies in Gala’s code of conduct designed to deal with problem gambling or to prevent player losses from going out of control. Now unfortunately these two players, instead of getting the help they need will be spending time behind bars in an incident that could have and should have been prevented.

The UKGC commented that they would always take action when operators in their jurisdiction fail to live up to the strict guidelines set out by the commission. They believe that in order to protect consumers and vulnerable individuals, they need to act in a robust manner whenever cases like these arise. They reiterated that it is not just the UKGC that should be responsible, but also the key players in gaming companies. There is a need at every operator to implement policies that protect customers from all walks of life.

The commission believes that this massive fine should warn and deter other operators from lax behaviour with regards to problem gambling. Gala may find themselves almost   £4 million out of pocket but two gambling addicts are still in prison due to the company’s irresponsible behaviour. They are the real victims here. With the UKGC in place however, the UK gaming industry has seen massive growth with regards to problem gambling awareness and accountability with almost all online operators.