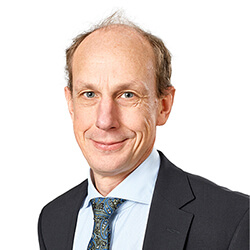 Online iGaming giant NetEnt has recently announced that Fredrik Erbring will be re-elected as Chairman of the Board during it’s Annual General Meeting. Erbing has also been elected as a board member along with maria Redin, Peter Hamberg, Pontus Lindwall, Chirstoffer Lundstrom, and Jonathan Pettemerides, who were all elected as new members.

Erbing saw his first stint as Chairman in 2008, and is the Vice President of Acando AB, which is a consultancy and software firm based in Sweden. Re-elected board member Lindwall is the founder of NetEnt, and currently holds 4,100,000 shares within the company, while also being the CEO of online operator Betsson.

A second announcement from the meeting also saw CEO and Board of Director Therese Hillman discharged from liability for the financial year of 20189. Hillman was initially named as the official CEO during May last year after the supplier’s financial reports did not meet their expectations. She had worked as CEO of NetEnt since January of the year before, and served as the Acting CEO from March last year.

The operator reported that they had a revenue drop of 3% year on year for last year to SEK 418 million during the first quarter, while their operating profit dropped 6% to SEK 126 million, and net profit fell a total of 18% to 120 million. Talking about their results, Hillman noted that the Nordic countries had accounted for most of the slowdown, which was mainly due to regulation changes within Sweden.