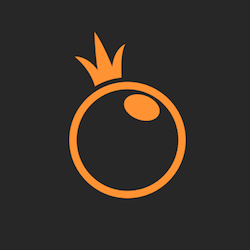 While we are nearing the end of the first month of 2018, some people may still be in the New Years spirit. If you want to relive the end of 2017, Pragmatic Play brings you Lucky New Year. While this is a competent slot, it is going to have a hard time making a name for itself as so many other developers have started producing Chinese themed slots.

Lucky New Year follows the same design route as many other developers and set the slot reels against a red and gold background with a festival being held on a square. Gem like playing card symbols and a familiar menagerie of thematic symbols including a set of firecrackers and a golden lion make up the reel icons. Even the progressive jackpot feature included here follows familiar rules.

The 5×3 reel grid is criss crossed by 25 paylines and according to Pragmatic Play the RTP stands at a solid 96%, which just like this slot is above average. Its mobile compatibility may make it stand out for players but again, there is already stiff competition in the mobile market as well.

A golden dog icon is the substitute wild symbol. It almost seems Egyptian in its design. Unfortunately it serves merely as a substitute and doesn’t add any multipliers to wins.

It can also offer a jackpot prize if you can land 5 of them on a single active payline but that can be quite a monumental task. Once it finally hits the game will hold a mini festival in your honor.

Players will get 5 free spins on a special new reel set where the middle three reels have become a single giant symbol. More free spins can be won with another three scatter icons, but landing them on only two available reels is a big challenge.

Finally there is the Lucky Lantern feature. Red Lanterns will appear on the reels and can potentially award you cash prizes. If you land 6 lanterns you will enter a special respin round and can trigger a progressive jackpot win as well.