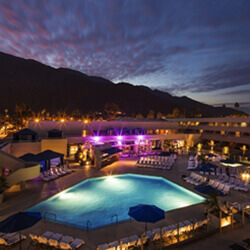 The Hard Rock Hotel and Casino, located in Las Vegas, is set to have an overhaul in the coming months after the establishment was purchased by well-known Virgin owner, Richard Branson.

This huge property, with over 1500 rooms and luxury suits found just off of the Vegas Strip will eventually be renamed to Virgin Hotels Las Vegas, but will continue to operate under its current brand name until renovations are finished, which is expected to be at the end of 2019.

Branson has since stated the following, “Virgin is all about fun, entertainment, and not taking ourselves too serious. Virgin Atlantic has had a lot of fun flying tons of people to Las Vegas from Britain for many years. Virgin American has done the same, and we wouldn’t have just come to Las Vegas unless we could’ve found the property that was very Virgin, and I think that’s what we’ve achieved.”

The company has said that it plans to invest hundreds of millions of dollars to renovate the 23-year-old property, but it hasn’t been made clear whether the casino and hotel will retain its current entertainment venues, which includes a popular club. In reference to the unique hard rock memorabilia that is scattered around the casino, some may be retained, while others may go to storage.

Richard Branson has said that they plan to replace the massive guitar outside the hotel with an equally massive, “V” which Branson says isn’t too different from a guitar.