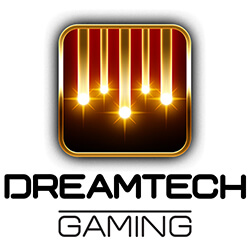 Yggdrasil has recently announced that Dreamtech Gaming will be officially made part of its new YGS Masters program, which is a semi-open platform handled by Yggdrasil that develops and distributes digital content from gaming studios around the world.

Dreamtech Gaming has been in operation for the last two years, and its head office is based in Malta, with offices located in Asia and Australia. The company is focused on producing high quality gaming solutions that offer well-balanced gameplay for all of their current and upcoming slot projects. The new partnership will see Dreamtech develop a number of titles that have an Asian theme, and the deal will also see them given access to BOOST, which is the full collection of promotional in game tools, owned by Yggdrasil.

Their YGS Masters programme now has a total of six studio partners, and Dreamtech will be joining Northern Lights, Fantasma, 4ThePlayer, and AvatarUX. The first YGS Masters game is expected to be released in the second quarter of 2019, and will be released under the name Niagara Falls. Head of Studio Partnerships at Yggdrasil Stuart McCarthy stated that they are happy to welcome Dreamtech Gaming to their YGS Masters Family, and that their unique Asian-inspired content will complement the studio’s growing portfolio of games.

Thomas Lu of Dreamtech Gaming has said that they are excited to be joining the YGS Masters, which is becoming a programme that’s gained a reputation as an industry leader internationally.