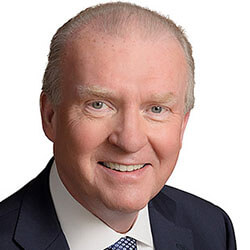 International Game Technology has recently announced the departure of Donald R. Sweitzer, Chairman of IGT Global Solutions Corporation, effective from the 31st of December, 2018. Sweitzer will be stepping down from the position after 20 years in the form’s government affairs and business development, where he became an accomplished diplomat to IGT’s current global customers and government officials. He was also instrumental in their industry leadership, growth, and development.

Talking to reporters about his retirement, Sweitzer said that he is grateful to the IGT family, business partners, and customers for the many opportunities he was given, and for the meaningful relationships he established throughout the last 20 years. He added that he said he had enjoyed coming into work every day, and that he loved the people he worked with. He added that now is a good time to retire and end his career on a positive note, and that the operator had a bright future ahead of it.

Prior to taking on his role of Chairman at IGT Global Solutions Corporation, Sweitzer was a Senior Vice President at Global Business Development and Public Affairs. Before joining the company in 2998, he was a prominent member of federal and state politics. He served as the political director of the Democratic National Committee during the first term of former United States President Bill Clinton. He also worked as a trusted advisor to a number elected representatives, including senators Howard M. Metzenbaum, D-Ohio, and Edward M. Kennedy, D-Massachusetts.