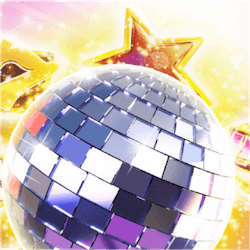 iSoftBet has released a very exciting new game with a theme you do not see featured often in online slots, Disco music. Their new game, Disco Double continues the well-known company’s recent run of quality releases.

Even though Disco Double has a modern video slot layout made up of 5 reels and 20 paylines, the games has the feel of a classic 3 reel slot. The game symbols take a lot of inspiration from classic slots and features BAR symbols, Lucky 7s, basically all the iconography you would expect to find in a 70’s casino or Disco for that matter.

While Disco Double is certainly a quality title, fans were hoping for something a bit more interesting from iSoftBet. Disco Double is well made and has some rewarding wins to hit, most notable a 10 000 coin jackpot, but its unique theme can draw only so many new players.

If iSoftBet want to compete with the big companies and the more original developers, they will have to deliver more than what they have included in Disco Double. The game is mobile compatible, which should definitely help market the slot to a bigger potential audience.

The main bonus game for Disco Double is the Free Spin game. This is where players will be making their biggest wins in this slot. The game logo symbol is your key to unlocking this round and each trigger of the Free Spins will award you with 10 spins.

In keeping with the theme of the game, a glittering disco ball appearing on reel 3 can unlock even more rewarding wins. When it shows up during the Free Spins round, it will multiply any winning combinations by 2.

The Wild symbol in Disco Double acts as a standard Wild which substitutes for any of the other symbols as required by a potential winning combination. It will also be responsible for the jackpot payout if you land 5 matched Wilds on a payline.

A Good Release For iSoftBet

Disco Double at the end of the day features everything a player would expect to see from a good quality slot game. It will keep iSoftBet fans happy until their next release but in the long run it will be unlikely to add new fans to the fold.

This slot can be played now at all iSoftBet supported online casinos. It has minimum wager requirement of 0.20 and maximum wagers of 20 are possible. Coins start out at 0.01 per coin and can have a maximum value of 1.