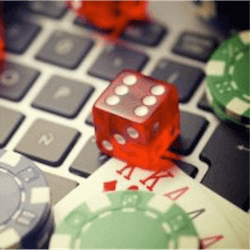 Both companies continue their global expansion with Play’n Go spreading its brand into European territory while Scientific Games attempt to keep their foothold on their land based casino ventures. Let’s take a closer look at the deals they have signed.

Continuing their aggressive expansion, Play’n Go have announced their entry to the Czech market. The developer sealed a deal with operator TipSport. Play’n Go will make their entire library of hit slots available for Tipsport. This deal was actually already implemented near the end of 2017 but the two companies have only now issued a press statement.

John Tornqvist the CEO of Play’n Go said that they are very happy with this new deal. He notes that Tipsport will also be making use of their GAT software platform which will help Tipsport process higher volumes of customer data along with a variety of Play’n Go’s software services.

What Tornqvist also highlighted was the fact that the GAT platform will also help Tipsport process e-wallet and other online payment services much more smoothly and securely, opening many more doors for Tipsport.

Director of Tipsport, Jakob Lorentzon specifically highlighted the role that the custom GAT software played on the company’s decision to make a deal with Play n Go. He said this new scalability along with an excellent library of slots will give Tipsport the competitive edge they need in the Czech Market.

Announced in October and finally now completed, Scientific Games’ acquisition of Tech Art gives them access to the company’s unique hole card reader technology. In business since 1989, Tech Art have a dominating market share in the table game security industry. They also hold exclusive rights to the table game variants Super Fun21 and Bet the Bust.

This acquisition helps solidify Scientific Games’ grasp on land based casino technology. The US based company has seen some aggressive expansion recently. The fallout from this fast expansion can already be seen this month with some lacklustre slot games being released by Scientific Games this week.

It is always a risk for a company that grows as fast and as big as Scientific Games that quality control suffers. Hopefully Scientific Games will start focusing on the quality of their releases rather than just expansion through consumption.