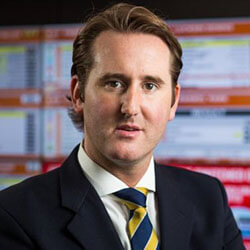 Former Ladbrokes chief of media David Williams has been announced as Rank Group’s first director of public affairs. Williams is set to lead the firm’s new in-house government relations and public affairs division, as well as taking a leadership role in the public relations for the group and its brands, such as Mecca Bingo and Grosvenor Casinos.

John O’Reilly has said that the role would be pivotal just as the company repurposes itself through a transformative program that was first launched in August earlier this year. The company hopes that by boosting their public affairs department, they will avoid the operational problems that they experienced which lead to a set of disastrous results from last year, including failure to adapt to due diligence regulation changes.

Williams will be joining the Rank Group after his time at the pool-betting operating Britbet, where he was director of communications since January of this year. He had previously left Ladbrokes in May 2017 after spending over a decade with the operator, and spend his last years there as director of media.

The new arrivals come a week after the firm announced the new arrival of CFO William Floydd. O’Reilly has explained a four-part plan in the hopes of reviving the company’s fortunes after revealing that a number of errors had left them with less than desirable financial results. He also explained that their biggest problem at the moment is the company’s failure to communicate with its customers.