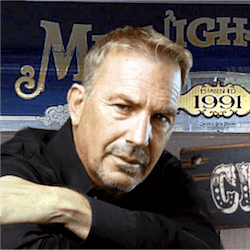 Deadwood is an American town that has lived a much storied history. Recently a hit television series appropriately called Deadwood highlighted the town’s role in the old west. Famous figures like Wild Bill Hickok and Calamity Jane all passed through the town, although most ended up being buried there as well.

The town is as synonymous with cowboys and gunfights as it is with gambling. The city today may not advertise it as much but Poker and other gambling activities were a cornerstone of the town that today has 1300 residents.

The town’s only gaming attraction was the Midnight Star casino, a venue owned by famed actor Kevin Costner. The legendary venue occupied the biggest building in Main Street in Deadwood but unfortunately fortune did not smile on the Midnight Star.

A Loss For A Reinvigorated Town

After 26 years the casino will be closing its doors to the public after a long running decline in business. This comes despite a very successful rejuvenation project that is running in the town in order to drum op tourism. The Midnight Star has seen a marked decline in visitors despite the tourism numbers for the town increasing.

The town has spent millions in order to restore the classic Victorian look of the town. There has been a unique museum built called The Days of ’76 along with a visitors centre and a restoration of the Mt Moriah Cemetery. This diversification tactic has worked great for the town that also benefits from some stunning natural beauty in the surrounding parks, hiking trails and camping sites.

Deadwood is also one of the few towns that has legalised gambling, with Las Vegas and Atlantic City the other two famed cities that support gambling in America. They all face increased pressure from online casinos and other forms of gaming, but despite the competitive market, Midnight Star still posted gross profits of $99 million in 2016. Solely owned by Costner, the Midnight Star also had two restaurants that have now been closed as well. Diamond Lil’s and Jake’s Restaurant have been on the premises just about as long as the casino itself.

From Kevin Costner’s press statement it appears that the building will be restored and used as a tourist attraction. The casino used to be the infamous Phoenix Block building and as Costner put it, the building is part of the town’s history. There are no plans to create a new casino venue in the town, but thankfully there are plenty of regulated Canadian online casinos ready to step in and take its place.