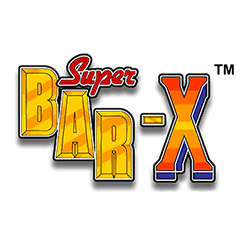 Due for release this November, Super Bar-X will sport the exact same graphics and in-game mechanics featured in the original Electrocoin release – a game super popular among casino slots enthusiasts in its heyday.

Played on 3 reels and only a single payline, the game certainly won’t be veering into the world of the ultra-modern any time soon, which should be good news for fans of true retro gaming devices. It will however offer a top jackpot of 180x the player’s current bet, making some pretty decent wins possible on a classic blast from the past.

Also super nostalgic is the inclusion of two classic retro features – Nudges and Holds. Much like what used to be possible on retro slots and classic pinball machines, the Nudge feature, though no longer mechanical, will allow the player to “nudge” the reels one position in a downwards direction. This motion, not unlike a free Respin, will attempt to secure a possible extra winning result on the reels by forming additional combinations.

Nudges are awarded at random and may be activated by any losing spin. Once triggered, the feature will award up to 3 Nudges at a time. What’s more, even after a Nudge has resulted in yet another losing result, players still get to stand a chance of being awarded yet another random special feature – the “I Can Do Better” feature.

If, however, a Nudge does happen to result in a bonus win, the Hold feature may be triggered – also at random. Hold, being the opposite of Nudge, will keep some of the reels fixed while others proceed to launch into a Respin.