China-Funded Island Casinos A Threat to US Military 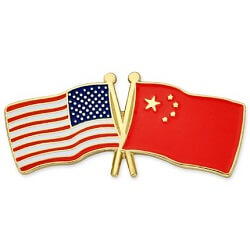 The US Military has told reporters that Chinese investment in casinos that are based on islands within the Pacific could make things more difficult for them. The report, which was released by the US government, suggests that Chinese-backed casino resorts, especially those that are situated on Taipan and Saipan, have the potential to turn the islanders against the military, and undermine US influence in the area.

The report came from the Economic and Security Review Commission, which released a report dubbed, “China’s Engagement in the Pacific Islands: Implications for The United States.

Saipan is seeing the development of the highly controversial Grand Mariana Casino Hotel and Resort, which is being built by Imperial Pacific. The construction site made world news last year as an FBI raid on the site was conducted after the dead of the workers. Authorities found multiple visa violations, many of whom had been brought illegally from China for the construction work.

There have also been some issues with a temporary casino that was opened in a shopping mall. The casino was tasked with training dealers while the Mariana was being built, but it wasn’t long before authorities questioned how the casino was able to report a turnover of $49.2 billion, an amount that exceeded even the VIP transaction volumes in Macau.

Other casino developments are in the works, such as Alter City Group who have secured a 25-year land lease on the island of Tinian, where US Navy and Air Force conducts training exercises.