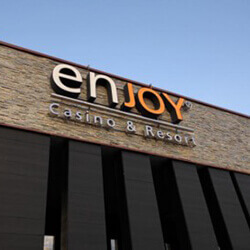 The national gambling regulation in Chile has recently reported that aggregate gross gaming revenues for the month of March this year has seen a reduction, up to the tune of 1% as compared to reports from last year. This has also come with the report that growth rates in the same sector are down, at 1.1% lower.

The Chilean Gaming Control Board has also announced that the country’s seven government-run casinos generated a total gross revenue of $12.76 million in total for the month of March, while privately-run casinos recorded total, combined revenues of $300.3 million.

Further reports from the Chilean Gaming Control Board reveal that visits to privately-run casinos peaked at a total of 477,064 resisted visitors, which showed a rise in the total number of visitors by 2.3% in comparison to last year. They also reported that customers spent 4.8% more per session. Government casinos, on the other hand, saw a drop in the amount of visitors, and reported a total of 240,696 for the month of March.

The Control Board has also released information on the most popular casinos in the country. Sun Monticello topped the board as the most visited in the nation, having generated 17.1% of the total gross revenue for March. Next was Casino Vina Del Mar, whose total revenue contribution sat at 12%. Thirdly, Casino Rinconada with 10.5% generated income.

Lastly, the Control Board declared that the 18 non-municipal casinos generated $11.24 million in taxes, with the most being generated in the O’Higgins region.