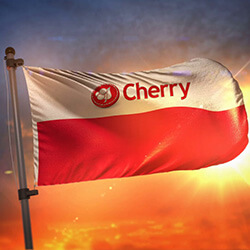 Online operator Cherry has announced that it will be shifting its focus to acquiring new targets after signing on a deal to purchase the last 5% of shares in Game Lounge Sweden, and taking control of the affiliate company that has been pursuing M&A deals in the last few months.

The new agreement will consist of three separate parts, and will amount of a purchase price of SEK 260 million. Cherry is set to make the first payment of SEK 100 million in cash when it takes control of the remaining shares, and the rest of the payments will depend on the division’s performance in coming months.

The operator first bought out the initial 51% of Game Lounge in January of 2015, in December last year they decided to purchase another 44% of shares though a combination of cash and a new issuing of shares. Jonas Cederholm and Fredrik Langeland, founders of Game Lounge, had been in ownership of the last 44% of the shares.

Cherry has also confirmed that both Cederholm and Langeland will remain on in their roles as chief executive and head of sales respectively once the deal has been completed.

A spokesman for Cherry has told reporters that the operator is now seeking more acquisitions as part of its ongoing growth plans. They explained that acquisition has become a vital part of Cherry’s business plans to create shareholder value by owning and developing and profitable gaming and media companies.