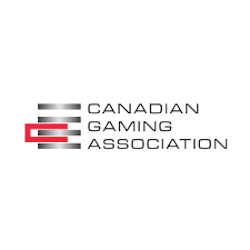 It was announced this week that the Canadian Gaming Association has named a successor to their Board of Directors. That man is industry veteran Paul Burns. Burns has been an instrumental figure in the last 20 years in Canadian Gaming. He has led the industry from the sidelines in many ways and as of the 1st of March he will be taking direct control.

Burns started his career in Gaming as a senior figure in the Ontario government. He acted as a policy advisor and most notably he masterminded the casino charity model that is currently widely in use all across Canada.

Many municipalities in Canada are now reaping the rewards from this model which ensures gambling revenues get returned in some fashion to the surrounding community. Since 2005 Burns has been the Vice President of Public affairs. Leading the organisation that he helped start is long overdue.

So far only praise has been heard following the appointment. One of the Board of Director’s chairs, Robert Parente, went on record to say that Burns is a world class executive perfectly suited to his new role as no one knows the Canadian gaming industry like Burns.

He went on to praise Burns’ vision and he says that this will be a key aspect of the CGA’s growth in the coming years. Burns himself has noted how his ups and downs within the industry have thoroughly prepared him for the challenges that lie ahead.

He has already also stated that he and the board of directors are working on a strategic plan which will be the foundation of the roadmap for the CGA’s next few steps in the coming years. With such a fast changing industry, vision is a key element needed to predict and prepare for market changes.

While there have been some challenges that the CGA has faced, in general it has been running the Canadian gaming industry well. Charitable donations have enriched the communities that host gaming activities while First Nation casinos have done the same for their previously disadvantaged communities.

On top of this the licensing and regulatory side of the CGA has done excellent work in keeping venues operating legally and fairly, even going so far as to uncover illegal activities at certain land based venues. Even though there is a new face at the head of the CGA, it seems things will remain business as usual.