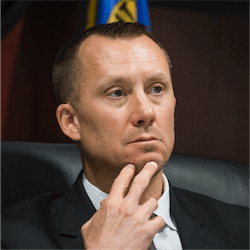 The Nevada Gaming Control Board will see the departure of AG Burnett on the 22nd of December. This well respected and much loved industry insider will be moving on to joining a gaming law firm called McDonald Carano. Burnett has spent the last 20 years of his life in gaming regulation and his expertise should be put to great use in his new post.

Burnett has been with the Nevada Gaming Control Board since 2011 where he started out as a chairman to the board. He received a second term as well in 2015 before he announced his departure this year. A successor has not yet been named for Burnett.

Nevada Governor Brian Sandoval praised Burnett on the government’s website. He noted that Burnett was a very thoughtful regulator. He managed to establish strict codes of conduct and let the rule of law reign, yet he still realised that to let the industry grow and expand you cannot be afraid of new ideas or liberalising certain elements.

With Burnett at their head, Nevada has had continues years of runaway gaming revenues being generated.  The state made almost a billion dollars in gambling revenue by October this year. In a press statement Burnett said that the board has faced unprecedented regulatory challenges in recent years.

Nightclub regulation and internet gambling were top regulatory priorities for the board and he said that he has been proud of their performance during these exciting and unique times. In general the American gambling regulatory system has been in a constant state of flux. Four states have been fighting  tooth and nail to eventually get their online gambling operations legalised in their state.

Naturally Nevada has served as a leading light for legalised gambling even though there was still strong opposition by the land based casinos in Vegas to prevent online gambling from moving into their markets.

That said many Vegas casinos have slowly started adopting online gambling in very strictly regulated and controlled environments. It is a step in the right direction and perhaps the Nevada Gaming Control Board will appoint a new chairman that isn’t afraid to think outside the box.

Online gambling has already started eating into land based casinos market share as can be seen in Atlantic City in New Jersey so hopefully the board will have the foresight to embrace new technology and market changes instead of going against the stream and attempting to retain land based casino’s grip on the market in the US.