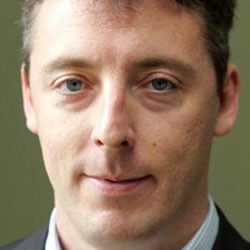 Breon Corcoran has joined up with payments start-up WorldRemit as the chief executive, it has been announced. Corcoran was previous a key figure in the merger that originally established Paddy Power Betfair. He had worked previously as the CEO of Betfair before the operator linked up with Paddy Power in 2016, after which he took on the role of chief executive for the merged company.

In August of last year, however, Paddy Power Betfair revealed that Corcoran would be stepping down from his position as CEO, and eventually left the company altogether in January of thus year. He was replaced by Peter Jackson, who had formerly worked at WorldPay.

Corcoran will now be taking on the same role in WorldRemit, which was first created in 2010, and offers digital money transfer services that allows users to send money between countries from around the world.

Corcoran has told reporters that globally, more and more customers are turning to digital payments and away from cash, and that he believes there is enormous potential for WorldRemit in the fast-growing market, and that he is looking forward to leading the firm through its global expansion plans.

Founder of WorldRemit, Ismail Ahmed, will be taking on the position of executive chairman of the company, which they hope will reach 10 million users by the start of 2020. He told reporters that Corcoran’s vision and worldwide outlook will help enhance the standard of service within the market, and will allow them to realise their ambitions.