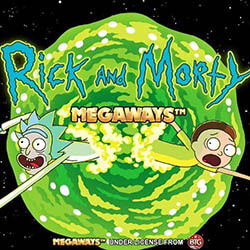 The most recent slot from Blueprint Gaming, Rick and Morty Megaways™, became the developer’s strongest ever launch after it was released at the beginning of March. Players have embraced it en masse.

Inspired by the Emmy Award-winning show, the game was developed in partnership with Warner Bros. and Adult Swim and broke Blueprint Gaming records in the first week it went live in terms of bets, plays, and users. It enjoyed the highest single-day figures for plays, actually, up 37% on the previous record set by The Goonies.

Director of Marketing and Relationships at Blueprint Gaming Jo Purvis discussed the success of Rick and Morty Megaways™ along with the popular mechanic’s role in upcoming releases. She said that there was a huge amount of interest in this slot before it was released and that this was met with an overwhelmingly positive response after it debuted.

Purvis spoke of her company’s very real pride in the success of their new slot and said that the wonderful response to Rick and Morty Megaways™ confirms that their very skilled team has created a highly enjoyable playing experience that has managed to capture the imagination and interest of people the world over.

Purvis also revealed that her organisation’s next branded title will be inspired by the 2016 film Sausage party, which starred Seth Rogen and Kirsten Wiig. It will invite players to head over to the Shopwell supermarket and enjoy the antics of Frank, the main sausage, as he explores The Great Beyond.