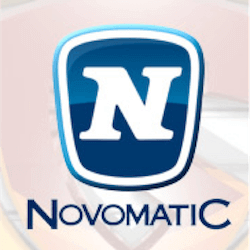 Novomatic Revenue Up With New Acquisitions

Despite tightening of legislation surrounding online gaming across the industry, Novomatic AG has still managed to post a huge boost in their year n year sales. 2017 has so far been a great year for the company which has managed to remain relevant in the ever changing casino market since the 80’s.

Novomatic reported an impressive 11.3% growth in their year on year sales in the first 6 months of 2017 alone. The company reported a figure of €1.22bn for the months leading up to June. They not only grew in their revenue scale, they also rolled out an additional 300 self operating sites, increasing their total number from 1800 to 2100.

This acquisition has strengthened Novomatic’s current global position and has provided the company with some great access to markets that previously have been too competitive. Novomatic is opening some great doors for themselves and their diverse land based and online portfolio has placed them in quite a favourable position. As CEO Harald Neumann said, the company’s forward looking investment strategy ensures the long term position of Novomatic.

In further developments, Novomatic also announced that they will be purchasing 53% of Australian gaming company, Ainsworth Gaming Technology. Currently they are still awaiting approval from international regulatory and licensing authorities but there should not be any unsuspected surprises with the purchase bid.

Novomatic was founded in 1980 by the Austrian billionaire Johann Graf and today is one of the biggest companies in the online gaming industry. They post revenue in the billions each year and they also own two subsidiaries, Admiral and Talarius.

Novomatic is also involved with online lotteries. They recently joined forces with Gamevy who operate in the lottery and scratch card space.