BC Casino Under Investigation 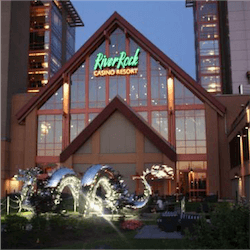 It was revealed this week that British Columbia is underway with a full investigation into potential money laundering schemes in the province. The British Columbia Gaming Policy and Enforcement Branch has released a report that alleges large amounts of cash received at local casinos are essentially coming from unaccounted sources.

The report is 400 pages thick and was revealed only this week, despite it being completed in 2016 already. The main focus of the investigation appears to have been River Rock Casino Resort located in Richmond.

The report states that River Rock has received more than $500 000 in cash buy -ns that law enforcement feels is unaccounted for revenue, or highly suspect revenue. From the casino’s record, this cash comes from VIP clients from Asia but the paper trail does not seem to lead to any of these persons.

Not A New Problem

These mysterious transactions date as far back as 2015 when a mysterious sum of over $13 milllion was received by River Rock in $20 bills. Law enforcement believes this cash comes from illegal activities and is spent at the casino by individuals who often receive the money dropped off to them late at night outside the casino.

The Attorney General for British Columbia, David Eby, has said that they are taking the allegations very seriously and the government will do anything in its power to get to the bottom of these claims.

Eby failed to address, however, why the report’s contents were only made public this year. It is suspected that the state wanted to build a stronger case first before any information on the investigation’s progress is made public knowledge.

The report also suggests a series of reforms, new practices and regulatory regimes, as well as limits on the amount of cash deposit a casino can receive coming from unsourced locations.

The president of the BC Lottery Corporation, Jim Lightbody, has released a public statement saying that they have no tolerance for any criminal activity in their casinos and they are planning to implement new and improved anti-money laundering practices that they shall enforce across all casinos.

It was also revealed that an independent expert will be appointed to chair a review committee to be setup to aid the state and the BC Lottery Corporation with further investigations. What this means for the future of the industry in Canada remain uncertain.