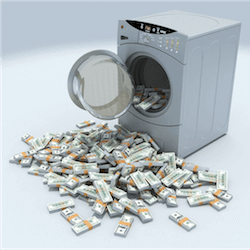 The Canadian government has asked casinos operating in British Columbia to sign a new Operational Service Agreement following reports of money laundering in the state’s casinos. These reports are currently under investigation and it certainly appears that prosecutors have built a strong case.

The agreement in essence grants the British Columbia Lottery Corporation more powers to monitor and control the gaming industry. As an incentive for casinos to sign the new agreement, there will be a 5% facility investment commission on offer for all casinos who sign.

A Need For New Regulation

The CEO and president of the BCLC said that the industry has change a lot since the BCLC’s inception in 1997. He says that the new rules and regulations set out in the Operational Service Agreement brings the BCLC up to date with modern standards in gaming. They hope that the new rules will hold operators up to a higher standard of security and accountability.

The money laundering allegations and subsequent investigation mostly stem from a 2015 incident at River Rock casino situated in Richmond. There were reports of large volumes of unsourced money flowing into the casino. Investigators monitored the premises and eventually noted that persons were dropping off bags of money either in or near the casino.

The casino simply noted additional cash influxes as money from VIP high roller clients from Asia, which could not be substantiated. Red Rock and other casino’s investigations led to a 400 page report on the state’s gambling market by the British Columbia Gaming Policy and Enforcement body.

In the US there is a similar case that has started in California where a casino has been fined $8 million for repeated money laundering violations. The casino in question, Artichoke Joe’s in San Bruno violated laws for 8 years, even after the premises was raided in 2011 by federal agents.

Investigators found that Artichoke Joe’s did not have a Monday Laundering program or policy in place and there were a number of suspicious transactions recorded at the casino. Following the raid two Artichoke Joe customers were arrested and charged with both loan sharking and racketeering.

Eventually two high level Artichoke Joe employees were found to be involved in the illegal activities. In many instances loan sharks would sell Artichoke Joe gaming chips right on the casino floor in front of employees. This speaks volumes to the importance of a culture of compliance and safety that is needed at land based casinos. The investigation is currently on going.