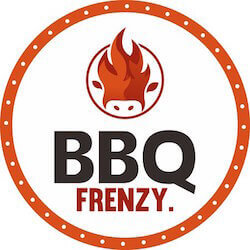 BBQ Frenzy is an incredibly inventive and original slot game from No Limit City. It forms part of the food themed Kitchen Drama slot series and makes use of a red hot BBQ grill as the main slot play area.

During this spicy game you will see a variety of BBQ appropriate foods tossed onto the grill and turned into a delicious feast of bonus features and cash prizes. No Limit City have a reputation for original games but this one certainly is something else. The wacky presentation really makes this off the wall title stand out.

Malcolm Mizzi who is the head of sales at No Limit City who developed the title for Play n Go said that this new slot in the Kitchen Drama series takes things to a whole new level. He complimented the game’s lush visuals as a big draw for new players

This is only No Limit City’s sixth game amazingly enough and you would never have guessed it. This talented young development team have shown their skills by developing a solid yet small library of games that have been impressive enough to attract big operator’s attention.

Per Lindheimer who is the Product Owner with No Limit City said that they have been working on the series a long time and the team has managed to keep improving each iteration of the series. BBQ Frenzy is certainly the pinnacle of the series so far.

A spicy red chilli is the in-game wild symbol and will substitute for any of the other foods on the grill. There is a second wild symbol as well, which is a sheriff’s badge. This badge wild not only acts as a standard wild icon but it is also the key to triggering one of the game’s bonus features, the Fiery Chilli Spirit Spin.

There is also a third wild symbol which features the steak sheriff who the badge wild icon belongs to. He makes his approach on the grill during the randomly triggered Wild BBQ Spirits feature. This is a really unique and engaging game with some hilariously animated reel symbols that includes corn, peppers and even hunks of charcoal.

If this slot doesn’t put a smile on your face, maybe you can try the team’s previous Kitchen Drama game, Sushi Mania. This summer BBQ themed slot is great for chasing away the winter blues this holiday season.