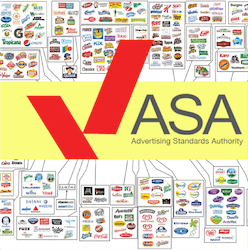 The online sports betting site OddsMonkey has fell foul of the UK’s Advertising Standards Authority. They have been very proactive this year and have issued fines and take down notices to many prominent operators.

They have received much praise for their vigilance and proactively and this case is no exception. The ASA took issue with claims that were made on the OddsMonkey website that could not be substantiated.

The claims were made in a video on the bookmaker’s homepage which stated that OddsMonkey have helped 30 000 people earn £1,500 per month for years. OddsMonkey naturally defended themselves and brought up screen shots that they said were from their forums. In these screenshots moderators asked customers how much they earned for the month of July 2017.

Customer’s replies varied from £100 to £6000. In some posts OddsMonkey made the claim that the longer you dedicate yourself to playing, the more money you will earn. Odds Monkey made the claim of 30 000 users earring £1500 per month based on the averaged earnings that the users on the forum reported combined with their market research data that confirmed they had 26 909 members on July 2017.

ASA Stepping Up Their Monitoring

The ASA said that the comments on the message boards were from real users, but they could not provide sufficient evidence for OddsMonkey to substantiate their claims. They said that there was no documentary evidence and regardless their statements only accounted for the month of July, not year on year returns as OddsMonkey claimed.

The ASA has fined a few big name clients this year. In May they fined BGO Entertainment a £300 000 fine because of misleading advertising. Lottoland received a £150 000 fine in June thanks to misleading advertising on their website. Gala Bingo similarly found one of their ads banned after it claimed that Bingo could cure depression.

Even the Responsible Gaming Trust found themselves under the lash of the ASA after they released a cinema advertisement comparing gambling addiction to sexual abuse. The ASA hold themselves to a very high standard and looking at their work this year, they do a very good job. They tend to keep their rulings fair and reasonable although there are many operators who may disagree. The ASA fines are generally designed to warn an operator and punish them for non compliance, but they are not in place to bankrupt an operator.