The AGA Nominates Wilmot As Head 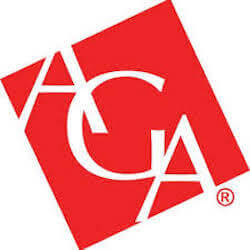 Jim Murren who has been at the head of the American Gaming Association for the last 4 years, a two-term stretch, has stepped down to welcome Tim Wilmot as the new head. Both Wilmot and Murren have worked closely together in the AGA and the industry widely praised the move. It should mean two more years of stability for the industry as Wilmot and Murren have quite similar opinions and agendas.

AGA president and CEO Geoff Freeman reiterated this sentiment by saying that Wilmot will be an essential element in implementing their 2020 strategic plan. He also mentioned that it would be a smooth and successful transition of power for the AGA team.

Many people however have criticised the move on those same grounds. With Wilmot being the current CEO of Penn National Gaming and Murren being the CEO of MGM Resorts, many feel that they are biased towards the online gaming industry and they could be the main reason why online gaming has received such a strong kick back from the US.

Jim Murren reiterated in his farewell speech that Wilmot was an essential part of past negotiations and successes. This means stability for the US gaming industry but also means we shouldn’t expect any innovations or shakeups any time soon.

Meanwhile Illinois failed to debate a new online gaming bill which would have potentially legalised online poker, fantasy sports and other casino games. The bill simply could not be tabled before this year’s legislative period ended. It by no means is off the table now, it will simply be moved to the 2018 season.

The new bill sets out taxes, licensing and other regulations for the state, which could have immense economic benefits for the state. The last few months have seen 4 US states legalise online gambling. In part due to public demand but also largely due to the fact that states can reliably expect tax revenue to be generated by online gaming.

Part of the bill also states that there will only be two brands allowed to operate per gaming licence that would help sustain competition and good growth. Once this bill gets debated and approved by the House Rules committee, it would move up to the Senate floor for a full vote into legislation. Things are looking good for the legalisation of online gambling, as the US has seen four states already make the move and reap the benefits.