888 To Take On German Government Over Gaming Ban 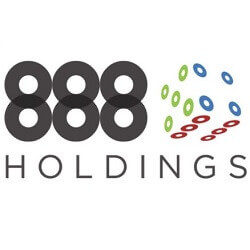 888 Holding Public Limited Company, an online gaming service provider that is based in Gibraltar has lodged a constitutional complain against the German Government. The complaint was created due to the fact that the government has issued an overall ban to gaming services in the Baden-Wurttemberg, the third biggest state in the country, with a recorded population of over 10 million people.

For many other iGaming companies, this would often mean having to leave a particular state, but 888 has decided to try and fight back and withhold its piece of the German market, acquiring legal counsel and taking the matter straight to the constitution. Their ultimate goal is to have the order reversed, which they’re attempting to do through one of the company’s subsidiaries.

It doesn’t appear as a lost cause, however, as 888’s legal counsel advised to instead fight against the ruling of the German Federal Administrative Court, which they believe is infringing on the constitutional rights of the online gaming company, and even violating their right to do business under EU law.

The vote to fight back has been strongly advocated by 888 Holdings Chairman, Brian Mattingley claims that, “in recent months other providers have withdrawn from the German online gaming market.” He goes on further by saying, “and recently, payment institutions facilitating approximately 9% of deposits for the Group in Germany have decided to cease providing certain services with respect to the German online gaming market.”

If 888 does not manage to successfully win the appeal, they will have to exit the German market like many other online operators have in recent years.